In order to make the country prosperous and strong, Mao Zedong chose to give priority to the development of heavy industries. This economic development strategy did not consider resource endowments and violated the comparative advantage. On the one hand, it led to the excess capital demand in the input market as well as the excess supply in the labor market. On the other hand, it resulted in the excess supply or inventory accumulation of heavy-industry products and the excess demand of consumer goods or light-industry products. Under the disequilibrium, the economy depends on the centrally planned economic projects to allocate resources rather than follows the market mechanism. This is the background and the foundation of the planned economy in China. In contrast to the concept of “flow”, the concept of the public-ownership for “stock” also appeared with the formation of planned economy. This study applies the Rybczynski theorem and Edgeworth-Bowley Box to analyze the planned economy system as the priority is given to heavy industries. This research also utilizes the balanced table, linear graphs, and the concept of stocks and flows to investigate how planned economy and public-ownership were operated. Additionally, the Operational View based on the C4ISR system is used to describe the dynamic process of the planned economy. Finally, the special economic characteristics stemming from Mao Zedong’s economic development strategy will be described and examined rigorously using statistical and econometric methods. 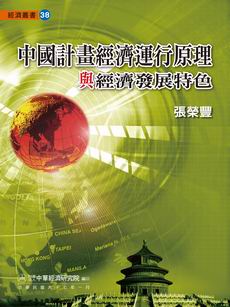